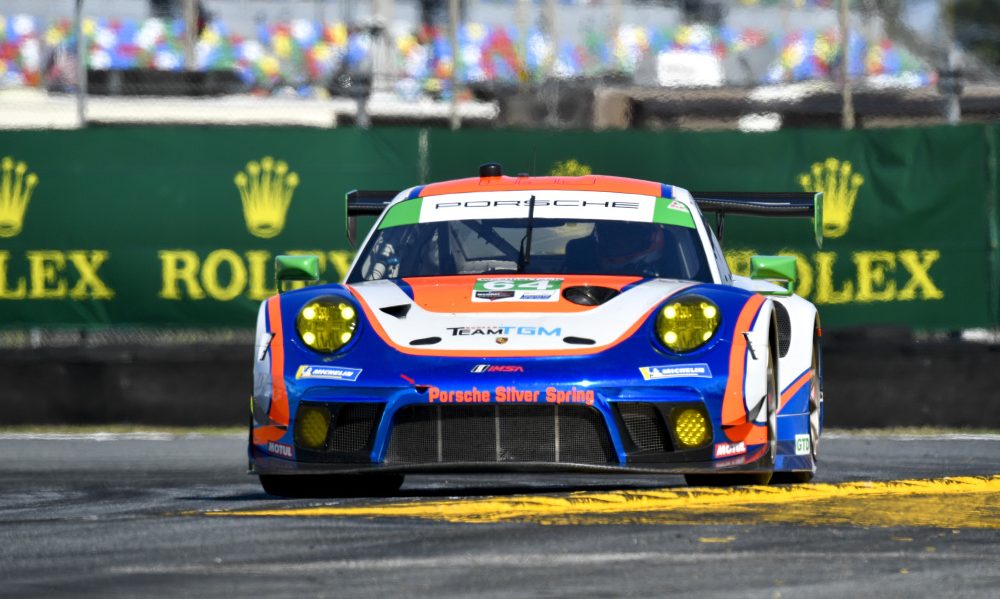 The Plumb brothers, however, are an example of how combing those factors can turn two negatives into a positive.

After finishing sixth at Daytona, Matt and Hugh Plumb are set to share the No. 46 TeamTGM Porsche 718 GT4 for the entirety of the IMSA Michelin Pilot Challenge season and, for a variety of reasons, are not eager to drive with someone who is not their brother.

Their car racing history began when Matt Plumb graduated from college and was gifted a voucher for a three-day Skip Barber Racing School experience. His older brother Hugh, who had prior experience racing street bikes, decided to join him for the event and while Matt moved onto a traditional career in the financial industry, Hugh continued into the world of sports car racing.

It wasn’t until 2007 when the pair shared a car for the first time, an Acura RSX-S in the Grand-Am Cup’s ST class. One year later they drove a Honda Civic Si for Bill Fenton Motorsports to a win at Virginia International Raceway.

Apart from a few sporadic one-off events, the two did not share a car for a full season until the 2016 Continental Tire SportsCar Challenge season with Rum Bum Racing. Naturally, sharing a car with someone that wasn’t their brother was a different experience and was one that came with factors they didn’t particularly enjoy.

“In this sport, it’s always about who goes faster,” Hugh said. “There is always a bit of a pencil sharpening contest happening amongst team members. And lo and behold, I feel like with Matt, I never really want to have that outlook… You should never have this infighting going on with your teammate.

“I don’t mean to do that with Matt. We both have specific jobs. I think we both do them well and I don’t have that relationship with him. When you go to other teammates, they immediately bring that on, and of course, you’ve got to sharpen your pencil and it just leads to something that’s not as conducive as what we have going now,” Hugh said.

There are factors that make brothers sharing a car a potentially dangerous combination but it’s one that works for Matt and Hugh – and the result of combining them is likely a better driving duo than if they were separated. While the sibling rivalry is alive and well when they are in different cars – “he’s run me off the road many a time in order to save his position,” Matt said of Hugh – any animosity is cast aside when they share the car.

“The difference in driving with a brother, I mean it could be very dangerous to be honest,” Matt said. “Brothers are competitive against each other, one may have not received as much love from their parents, you know, there’s a lot of dynamics that come in to play. I think in Hugh and I’s case, there is enough history between us, we did not live apart, we’ve had a very tight relationship our whole life and we know each other very well.

“We both know and understand each other’s strengths and what they bring to the table. That creates an environment where the pressure is to just focus on doing the job that you’re good at and not worrying about how it relates to the other,” Matt added.

These factors made choosing whether his teammate would be his brother or another driver an easy decision.

“My team owner gave me that option and said, ‘who is it that you want to drive with?’ I think he was looking to hear all of these high-profile drivers, not that Matt’s not, but the answer simply got back to ‘I know who it is, we don’t even have to go on and you don’t have to finish your sentence, Matt should be my co-driver.’ It was an obvious answer for him as well, so it was very, very, easy,” Hugh said.

Competing in professional sports is part of the lineage of the Plumb family. Matt and Hugh are the sons of Donnan and Michael Plumb, who are both former Olympic athletes.

Their mother Donnan competed at the 1968 Summer Olympics in dressage and earned a silver medal at the 1967 Pan American Games in team dressage.

Their father Michael holds the record for the American who has competed in the greatest number of Olympic games, having been a participant in every summer games from 1960 to 1992. Michael Plumb holds two Olympic gold medals and four silvers in various equestrian events. He is the only equestrian rider inducted into the United States Olympic Hall of Fame.

Why didn’t they follow in their parent’s footsteps? “Allergic to the horses,” Matt said. “Or at least that’s what I told my parents.”