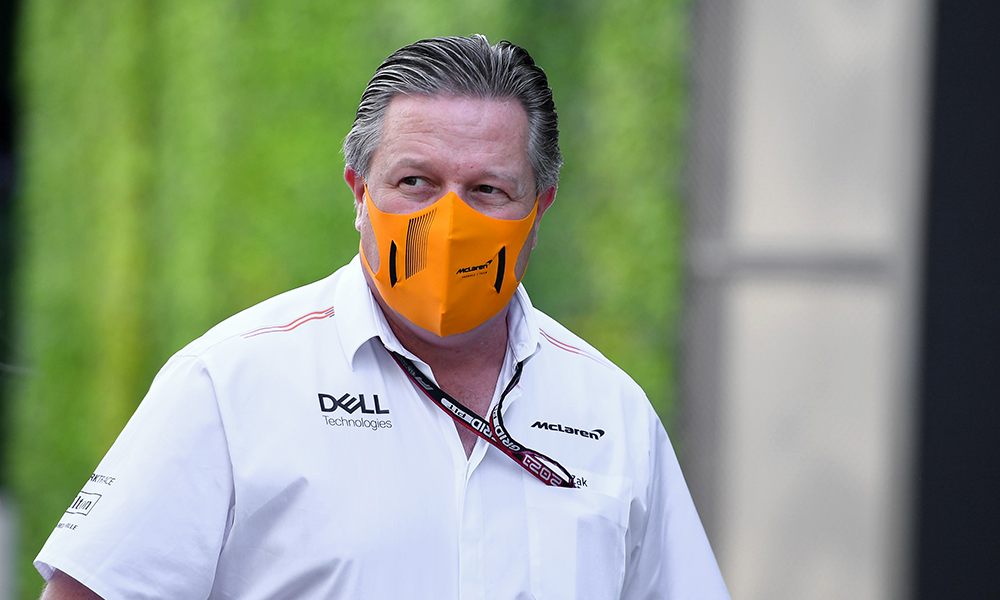 Teams have been part of the governance of F1 through various groups, allowing them to vote on rule changes and play a key role in the future direction of the sport. However, Brown believes that system is used too often for the benefit of each team individually rather than the sport as a whole, and wants to move away from a situation where customer teams can become B teams.

“The current governance structure of the sport enables a situation where some teams, to protect their own competitive advantage, are effectively holding the sport hostage from what’s best for the fans and therefore the sport at large,” Brown said. “These teams seem unable to accept that a budget cap is in the best interests of the sport and cannot kick their habit of spending their way to the front.

“In addition, the threat of A and B teams has not gone away, and it is vital that the governance of the sport is strengthened to prevent this. The regulations, as they stand today, are heavily biased towards B teams/customer teams, which is not in line with F1’s principle of a group of genuine constructors competing with one another on even terms. It is diminishing what being an F1 ‘team’ means and the fabric of the sport.

“F1 needs to be 10 true constructors, where each team — apart from sharing the PU and potentially the gearbox internals — must design and produce all parts which are performance relevant. Right now, there is too much diversity in the business models between teams. Trying to apply the same set of complex regulations to each, and then policing them effectively, is needlessly complicated and compromised as a result. This cost-capped environment should allow teams to become more recognizable entities in their own right within a realistic budget, without the concern of significant performance differences based on how much each team can spend.

“On top of this, the voting pressure placed by the A teams on their B teams is not consistent with the promotion of an equitable sport based on individual team merit. As I have said before — and these teams won’t admit to it — there are times when some smaller teams vote against their own interests to satisfy the agenda of their A team.”

Having previously told RACER he feels the FIA needs to review a number of areas of the regulations, Brown says the arrival of new president Mohammed Ben Sulayam provides an opportunity to reform the way F1 works. And the McLaren boss believes removing power from the teams would be better for the sport overall.

“The signs of organizational difficulties could be seen at the 2020 Australian Grand Prix and at last year’s Belgian Grand Prix, both hallmarked by a seeming lack of preparation for the events unfolding and temporary inertia on the solutions.

“Greater clarity on the roles of the FIA and F1 and the need for increased leadership of the sport will undoubtedly be on the agenda for Mohammed Ben Sulayem and Stefano Domenicali and their respective teams. Previous administrations pursued a mainly autocratic style of governance, so to point the sport in the right direction it was necessary to take a more consultative approach with teams and stakeholders. But now the sport has been successfully reset, moving forward there is a need to shift back to stronger, more directive leadership and governance at the top of the sport.”

Brown also added that the teams’ collective influence has not always led to positive outcomes for F1, stating the use of radio messages to race control being broadcast are one such example: “At times, it’s felt like a pantomime audition rather than the pinnacle of a global sport.”