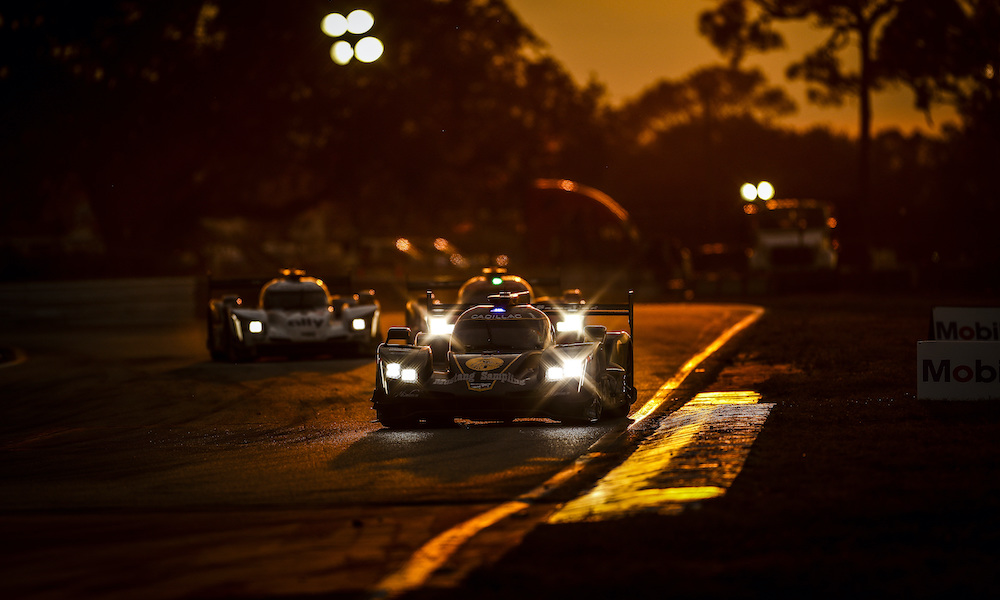 The seven DPi entries running the full season will be there, along with eight LMP2 cars, 10 LMP3s, 11 GTD Pro entries and 17 in GTD.

Notables in the DPi entry list include the absence of IndyCar drivers filling in the role of third endurance driver due to the NTT Data IndyCar Series racing at Texas Motor Speedway the same weekend. Most of the replacements had already been named, including Ryan Hunter-Reay in the No. 01 Chip Ganassi Racing Cadillac, which featured Alex Palou and Scott Dixon at Daytona, and Stoffel Vandoorne in for Helio Castroneves in the No. 60 Meyer Shank Racing Acura. One replacement not yet named is who will take over for Kevin Magnussen in the No. 02 CGR Cadillac. Magnussen is headed back to F1 with Haas, taking the seat vacated by Russian Nikita Mazepin, and has been released from his CGR contract.

The Twelve Hours of Sebring marks the beginning of the regular season for LMP2 and LMP3. While both classes featured in the Rolex 24 at Daytona, they did not score points. That means that even though DragonSpeed USA, which won at Daytona with Colton Herta, Pato O’Ward, Devlin Defrancesco and Eric Lux, has an all-new lineup of Henrik Hedman, Sebastian Montoya and Juan Pablo Montoya, those drivers aren’t behind in the championship. Because this is the first points-paying race, LMP3 has grown from its Daytona entry, adding FastMD Racing with Max Hanratty, Todd Archer and James Vance in a Duqueine and a JRIII Ligier for Ari Balogh, Garett Grist and Dakota Dickerson.

GTD Pro loses a Corvette for the rest of the season as focus shifts toward Corvette Racing’s WEC effort. In addition, there will be no repeat of the incredible battle between the Pfaff Motorsports and KCMG Porsches, as KCMG was a one-off for Daytona. However, GTD Pro gains a one-off Racers Edge with WTR Acura NSX for Ashton Harrison, making her 12 Hour debut, Kyle Marcelli and Tom Long.

Paul Miller Racing will be on the grid for the first time in 2022, having missed Daytona due to its switch from Lamborghini to BMW. Bryan Sellers, Madison Snow and Erik Johansson will drive the No. 1 BMW M4 GT3 as Sellers and Snow begin their quest for the championship they so narrowly missed last year. The 17-car entry list features a wide range of marques and teams, led by Daytona winners Wright Motorsports with Ryan Hardwick, Zachary Robichon and Jan Heylen.

The 70th running of the Mobil 1 Twelve Hours of Sebring starts with practice on Thursday, March 17. The race begins at 10:10 a.m. ET on Saturday, March 19. Peacock will stream flag-to-flag coverage, with USA Network carrying the race from 3:30 p.m. ET through the finish.