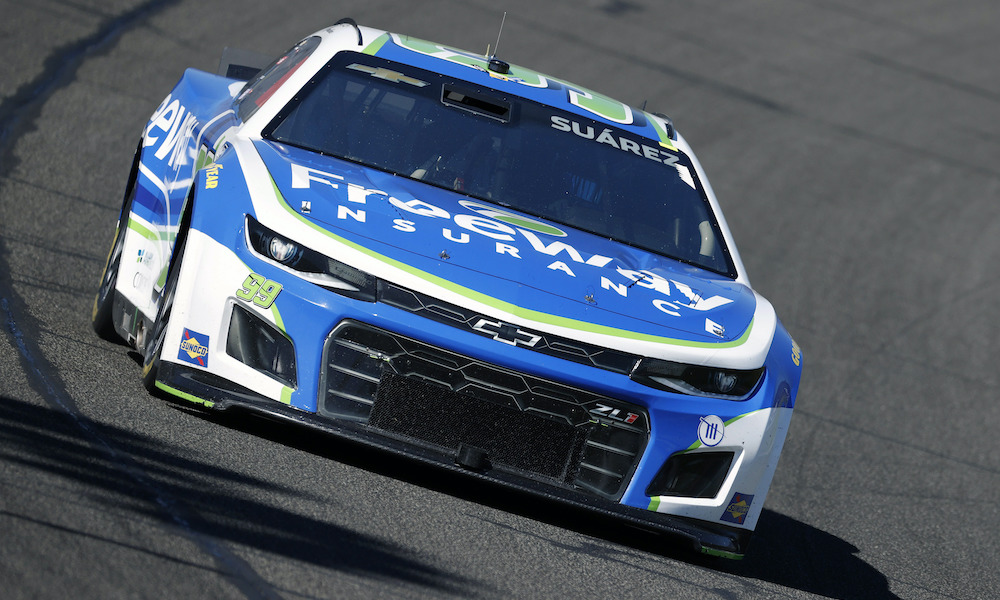 Daniel Suarez was as disappointed as determined at the end of Sunday’s race NASCAR Cup Series race at Auto Club Speedway, having almost tasted victory before finishing in the fourth position.

“I’m happy, and I’m heartbroken at the same time,” Suarez said after the Wise Power 400.

Suarez took his Trackhouse Racing Chevrolet to the race lead with three laps to go, diving underneath Kyle Larson and clearing him off Turn 2. But Suarez’s lead lasted only through the next two corners when he chose the bottom, and Larson used a run off the outside wall to retake the top spot and the victory.

Austin Dillon took the runner-up position from Suarez in Turns 1 and 2 with two laps to go. Suarez was then unable to hold off Erik Jones going into the final lap.

“We’re going to win a few races very soon here,” said Suarez, who did not lead a lap. “I just can’t thank everyone enough on my team. We had a fast car, but we went through a lot of adversity. We had a few issues – we hit the wall once, we had an issue with the diffuser.”

Suarez scrubbed the wall in Turns 3 and 4 with 13 laps to go while running fourth. However, a caution with nine laps to go put him back in contention as his team helped get the No. 99 car off pit road second. For the restart with four laps to go, Suarez chose the inside lane as race leader Larson started on the outside and a lap later, Suarez made his move to try to win his first NASCAR Cup Series race.

“My pit crew, those guys are legends,” Suarez said. “It’s unbelievable. It’s the best pit crew I’ve ever had, and it’s a lot of fun to race like that. Freeway Insurance, Chevrolet, everyone that helps Trackhouse out to be here and be able to perform this way. I can tell you that I’m going to work very, very hard to go to victory lane very, very soon here.”

Suarez and company wound up in contention after a long day where they averaged a running position 14th and did not earn stage points. Fourth marks his first top-five finish at Auto Club.