Three classes of Touring Cars kick off competition at Sonoma 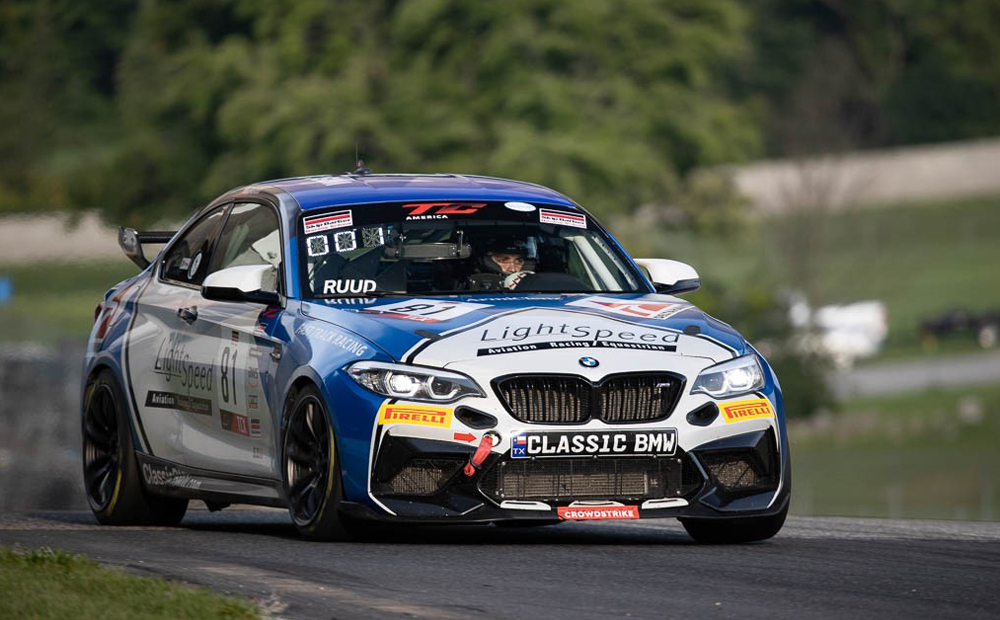 The 2022 TC America Powered by Skip Barber season, part of the SRO Motorsports Group, kicks off at Sonoma Raceway this weekend with a strong 31-car field across three classes.

The TCX category continues to grow in its second year, although it is still a one-make series consisting solely of the BMW M2 CS; series director Jim Jordan says that another manufacturer, perhaps two, may announce its entry into the series soon. Either way, the competition has proven good, and there are nine cars entered for Sonoma.

FastTrack Racing is bringing four cars, including one for defending champion Jacob Ruud. While Rudd dominated the early part of the season, Steve Streimer (HARD Motorsport) and Stephen Cugliari (Accelerating Performance) certainly made their presence known. Father and son team Joseph and Lucas Catania, who have raced in variety of series such as MX-5 Cup and Porsche GT3 Challenge, join TCX with a pair of entries from Rigid Speed.

Last year’s Touring Car championship came down to a pair of Honda Civic Type R drivers, Eric Powell and Kevin Boehm. Powell isn’t returning, so Boehm seeks the championship he has so narrowly missed, moving over to Skip Barber Racing for his 2022 campaign. Challengers in other Hondas include Ruben Iglesias for VGRT; and Mat Pombo and Mike Lamarra for LA Honda World.

Jeff Ricca was a strong challenger to the Honda juggernaut last season, and returns with the Genracer/Ricca Autosport Hyundai Veloster, as well as bringing one for Nicholas Barbato. Clay Williams takes the seat of the Mini Cooper JCW Pro that was introduced to TC last year, and there are still a couple of BMW M240iR cars in their last year of homologation, the two Garagistic entries for Kris Valdez and Matthew Ibrahim.

TCA will feature some intriguing new machinery and drivers for 2022. TechSport Racing is bringing the second-generation BRZ to the class after making the first generation a consistent winner. Notable among the driving squad is 2021 Mazda Global MX-5 Cup champion Gresham Wagner, joined by Devin Anderson and Shaoyi Che.

TC America will race twice in each round, Saturday at 4 p.m. and Sunday at 10:30 a.m. at Sonoma Raceway. All races can be watched live on SRO’s YouTube channel, GTWorld, and on the SROMotorsports Twitch channel.