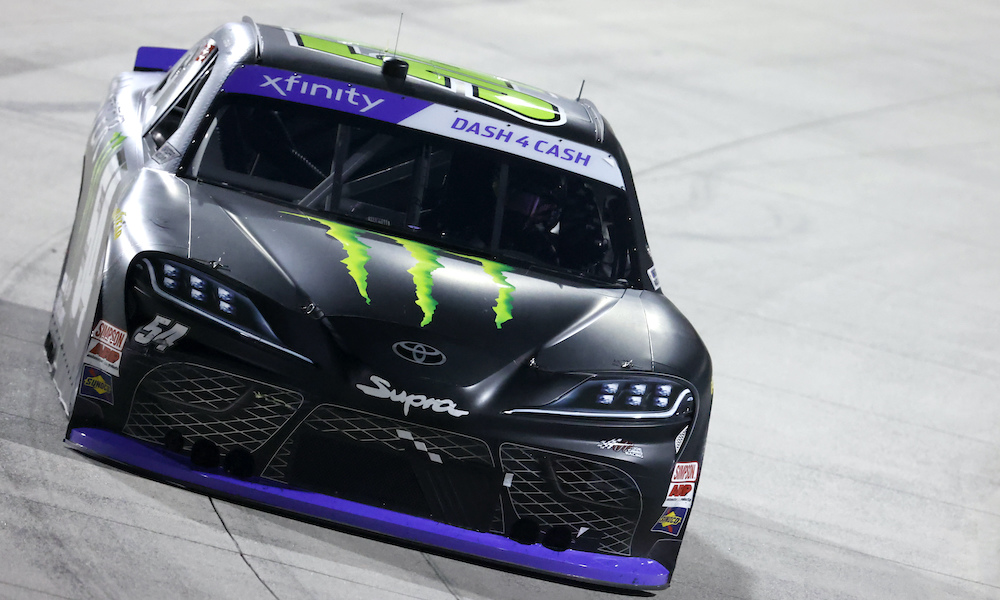 Ty Gibbs has been fined $15,000 by NASCAR after running into the back of Sam Mayer’s car on pit road Friday night at Martinsville Speedway.

Gibbs was heated after contact with Mayer on the final lap of the Xfinity Series race. Going into Turn 3, Mayer put the bumper to Gibbs to get underneath him as the two raced for the $100,000 Dash 4 Cash bonus. The contact led to Gibbs being stuck on the outside of Mayer and Landon Cassill, and there was more contact coming off the final corner.

It was all for naught. AJ Allmendinger bagged the bonus money while Mayer finished fifth, and Gibbs, who dominated and was passed for the win by Joe Gibbs Racing teammate Brandon Jones, finished eighth.

After the checkered flag and as the field was slowing down, Gibbs sped up into Turns 1 and 2 to find Mayer and ran into the back of him. It damaged the front of Gibbs’s Toyota before he ran into Mayer a second time.

The fine, listed as a behavioral penalty, comes from Gibbs also running into the back of Mayer’s JR Motorsports car on pit road. Both vehicles were stuck together as the two drivers climbed out and escalating tensions led to Gibbs throwing punches.

Both drivers met were called to the NASCAR hauler and met with officials for 10 minutes. They shook hands afterward.

There were no other penalties issued by NASCAR from the incident.

Also on the Tuesday penalty report, Chris Gayle, the crew chief for Gibbs and the No. 54 team, was fined $5,000 for there being one lug not secure on the car.