Unknowns await NASCAR teams on their return to Fontana 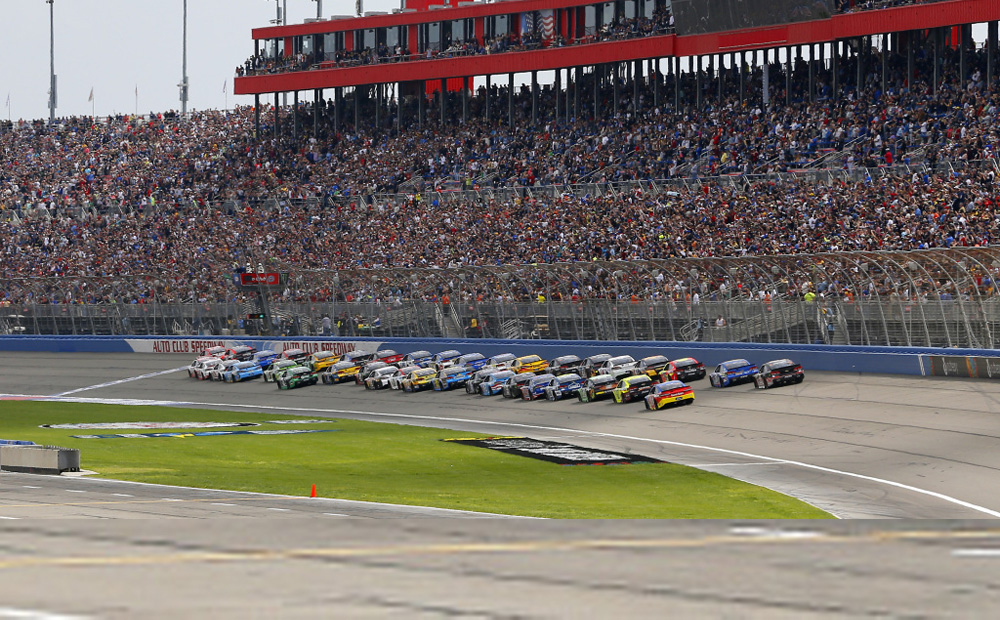 NASCAR heads back to Southern California this weekend, but this visit to Auto Club Speedway will be a little out of the ordinary.

“This race is one that I’ve been concerned about for a while,” admitted Alan Gustafson, crew chief for Chase Elliott’s Hendrick Motorsports entry.

Gustafson loves racing in Fontana, calling it a great track that is fun to attack. It’s where Gustafson earned his first NASCAR Cup Series win as a crew chief in the fall of 2005 with former driver Kyle Busch.

But there are many new variables in play, starting with teams returning to the two-mile oval for the first time in two years. Due to the coronavirus pandemic, the track has sat idle since the spring of 2020.

So this weekend, teams will descend upon a track NASCAR has run the tire dragon over and put down resin — decisions made to wear the track back in and make it easier to take tire rubber.

Officials have also done some grinding work on the racetrack. ACS is a notoriously bumpy facility with a lot of character, particularly with how it upsets the cars going down the backstretch.

“We need the track to rubber up quickly,” said Alex Bowman, the most recent Fontana winner. “It’s a limited practice before we’re on track, so hopefully, it does what they want it to do and it works out well. But it’s definitely going to be interesting to see how it holds up. That place is super abrasive, super high tire wear and (resin) might change that for sure.”

Limited track time is an understatement. While practice and qualifying have returned this year, new weekend procedures see teams get just 15 minutes of practice. There won’t be much time to make changes or fine-tune the race car.

“We haven’t been there in two years, and we have a new car,” said Gustafson. “So a lot of unknowns, and with just 15 minutes of practice, it’s going to be really hard to get it right.”

Teams will have 11 sets of tires for the weekend and will be allowed to transfer a set from qualifying. The expectation is the rough surface and unfamiliar tire will continue to lead to a lot of tire wear.

“I think you’re still going to drive the car hard,” said Bowman. “The way Cup racing works, I think if you conserve tires… even seven or eight years ago, but as the racing’s progressed, people have stopped letting people go and racing each other easy. Everybody runs each other hard all the time now, and I think if you save tires, you have to run people so hard to get back by them that you just burn the tires up even worse.

“So I’m not sure there is much we can really do as drivers anymore. Obviously, driving the thing sideways and trying to smoke the right-rear tire off of it or just putting a ton of wheel into it and killing the right front is bad. But it’s not like we can ride around and save our stuff and come back through the field at the end, because passing has gotten so difficult.”

Adding to the tire wear will be the high-horsepower and low-downforce package. Goodyear will recommend teams do not go below 20 psi in the left front and 22 psi in the left rear.

“The track surface at Auto Club Speedway has become quite worn and abrasive, so tire management will be a key factor throughout the race,” said Greg Stucker, Goodyear director of racing. “The surface generates a lot of tire wear, and the additional horsepower of the Next Gen package will add to that even further. We expect four-tire stops to be the norm throughout the day.

“Air pressure is one of the tools teams use to gain as much grip as possible on the worn surface and deal with the bumps that have developed over the years. As such, we provide pressure sweep data, which shows how the tires work at various inflation pressures, so teams can make good decisions on their setups and understand the risks that may come if they get too aggressive.”