Vegas brings a welcome change in form for Chastain 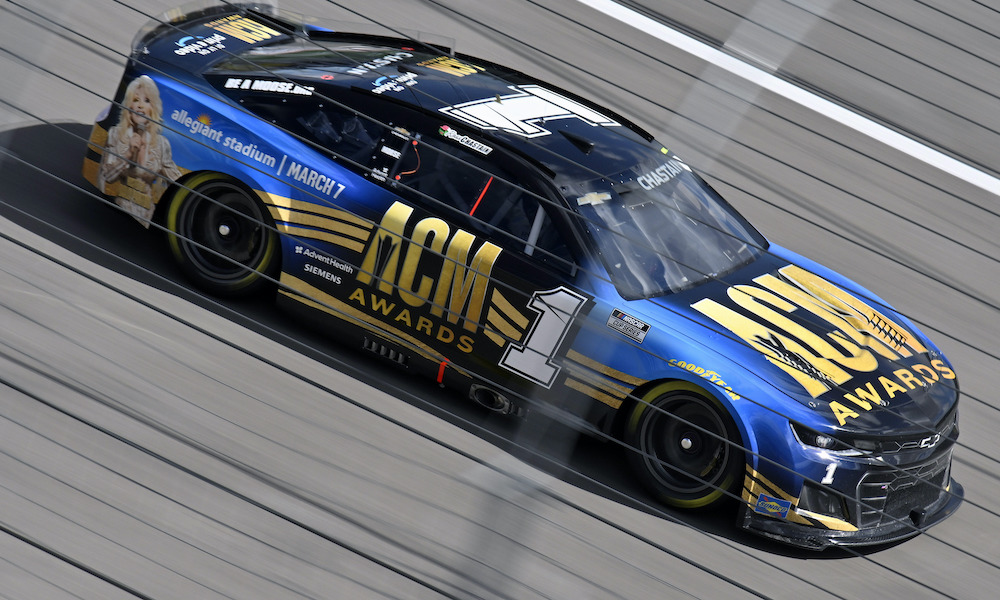 Ross Chastain was the class of the field on Sunday at Las Vegas Motor Speedway when it came to the time spent out front in the Pennzoil 400.

Chastain led the most laps – 83 – and won the second stage. Those laps were not only the most Chastain’s led in a single NASCAR Cup Series race, but more than he’d led in his previous 117 starts combined.

In the end, Chastain and the No. 1 Trackhouse Racing team finished third but used the “dream come true” descriptor about the day.

“This is what all the work is for,” Chastain said. “This is why we train and try to build our whole lives and careers once we realize we can race at this level – to have race cars like that. I couldn’t be more proud of Trackhouse and thankful for Justin Marks and Chevrolet.

“It took a lot of patience inside the car. It’s tough for me to not get too aggressive and a lot of neutral thinking. Josh Wise (trainer) and a book by Trevor Moawad really helped me today. That’s progress.”

Chastain started 18th and took the lead for the first time on lap 113, charging to the top spot after a restart. He became a consistent presence in the top five from there and led two more times to add to his total.

Chastain took four tires on his last pit stop, running third when the final caution flew with three laps to go. Alex Bowman, Kyle Larson, and William Byron of Hendrick Motorsports leapfrogged the field on the pit stops by taking two tires. He didn’t think two tires was going to work, “but when there’s three of them (HMS drivers), they just had all blocked. We couldn’t go anywhere.”

Chastain lined up fifth when deciding to take the inside lane and overtook Byron and Kyle Busch by the checkered flag.

And the singular performance at Las Vegas aside, it was a needed rebound for Chastain and his team after a tough start. Chastain finished last at Daytona and then had a difficult outing at Auto Club Speedway when a hard crash in practice sent Chastain to a backup car, and things didn’t improve in the race with a 29th place finish.

“It’s good,” Chastain said of Las Vegas. “We came back from last week where I completely destroyed a brand-new seventh-gen car and spun out in the race for no reason. Justin Marks took me to lunch this week and was like, dude, you’re fine, quit trying so hard. And that was a lot of the thoughts I had today, just neutral thinking.

“A car that fast makes it easy, but all the restarts and even at the end there once we lined up fifth, I knew it was going to be tough with only two laps, and I just never wanted to put my car in a position to wreck. Probably the closest we were was when Christopher spun in front of me. Other than that, I don’t really feel like we made any mistakes. I’ll learn how to keep up with the track better, and we’ll learn.”

Chastain has four top-five finishes in his career, and the last two have been third-place efforts.