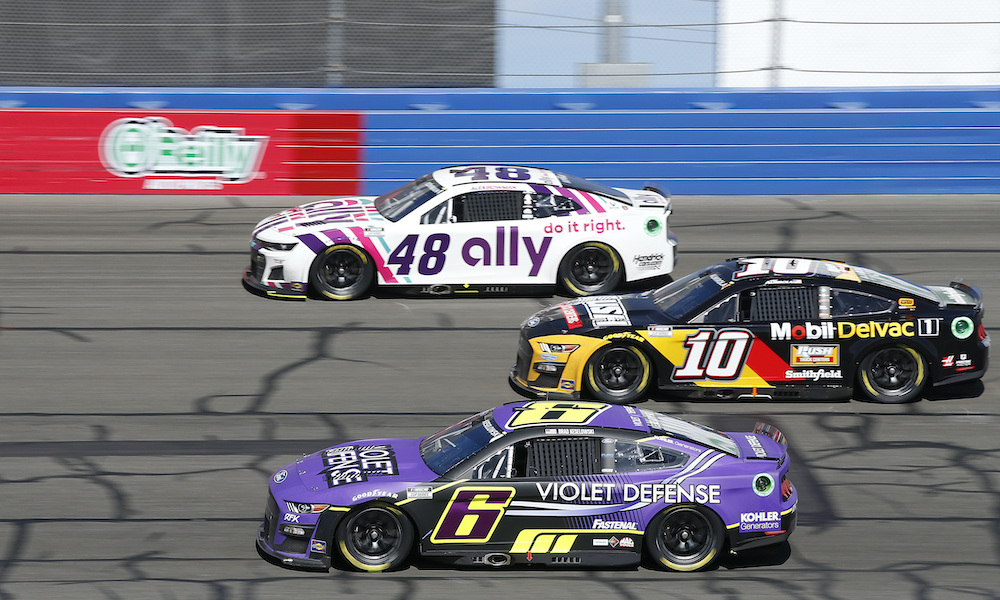 The NASCAR industry’s education with the Next Gen car is far from over, but some drivers believe the West Coast swing will offer good insight into who has an early handle on things.

Teams were initially expecting to run with 550 horsepower this season but NASCAR changed course late in the offseason after evaluating data and testing feedback to go with 670 horsepower.

Not only that, but the high horsepower, low downforce package will be used in all races except for the superspeedways (Daytona, Talladega, Atlanta).

Auto Club Speedway was the first race in a three-week swing for NASCAR out west. Fontana offered teams a good test on their equipment with a fast and rough facility.

“Now we are going to have the same package with this new car at all the race tracks. How we run (at Auto Club), Vegas and Phoenix will really give us a good indicator of what we are in store for the season.”

Almirola’s teammate Chase Briscoe went into last weekend curious about the durability aspect of the Next Gen car. There didn’t appear to be any significant part and pieces malfunctions during 400 miles Sunday.

“It will be nice to have the same package everywhere we go,” said Briscoe. “I feel like we can finally learn some things.”

Las Vegas Motor Speedway this weekend is the first intermediate track of the season. Intermediates are the bread-and-butter of the NASCAR schedule. And the Phoenix Raceway is one-mile with a short track package. It was a track that some teams got time on during the offseason, with an organizational test held there in January.

Kyle Larson, however, wasn’t one of them. He didn’t get much time in the car during the offseason, so his learning has come over the last few weeks in the L.A. Coliseum and Daytona 500. Two tracks that couldn’t have been more different.

Larson then won the Auto Club race, having gone into the weekend not knowing what to expect. But afterward, he admitted to enjoying the car and finding that dirty air was not a problem he thought it’d be.

“It has its little bit of differences, but those tracks (Daytona and L.A.) are so unique that I don’t think we’re really getting an idea of what the differences are and what stands out until we get out on track (at Fontana) and really through this west coast swing,” Larson said. “I think it’s a good test for what we’ll feel and what it’ll be like throughout the rest of the year.

“We’re at a 2-mile track this week, 1.5-mile next, and a short track following that. So, once we get through the West Coast swing, I think we’ll have a good idea of the differences and who’s learning quickly and who’s not.”

Nine different organizations finished in the top 10 at Fontana. The most laps led were not by Larson, but Richard Childress Racing driver Tyler Reddick. Overall there were 32 lead changes and nine different drivers, including those who, while certainly capable, have not spent much time at the front: Reddick, Briscoe, and Petty GMS Motorsports driver Erik Jones.

Jones finished third after qualifying second. Team Penske’s Austin Cindric won the pole in Fontana and was asked afterward if the separation in the field is going to come through who figures out the car the quickest.

“For the next four months, I 100% agree with that,” Cindric said. “It’s about who is the best learners. That isn’t just the drivers; it’s the crew chiefs and the teams and the manufacturers.

“The OEM influence with this new car is more than we have ever seen. I think all those things are huge, and for the next three or four months, absolutely. I think the West Coast swing is a great opportunity for us to gauge where everything is and where our strengths and weaknesses are for a lot of reasons.

“I give a perfect example of change being an opportunity. Dave Elenz, it’s his second weekend as a Cup crew chief, and he qualified on the front row (with Jones). He’s someone that has been able to win championships in Xfinity and constantly runs upfront, but he’s a rookie crew chief in Cup and just put his car on the front row. That is the opportunity with change.

“At the same time, the same opportunity could be a bad thing. I think it’s way too early, and you have way too few data points to make any conjectures. From that standpoint, you have to keep focusing on the things you have learned and how to apply them as quickly as possible.”