‘What could have been’ - Wallace 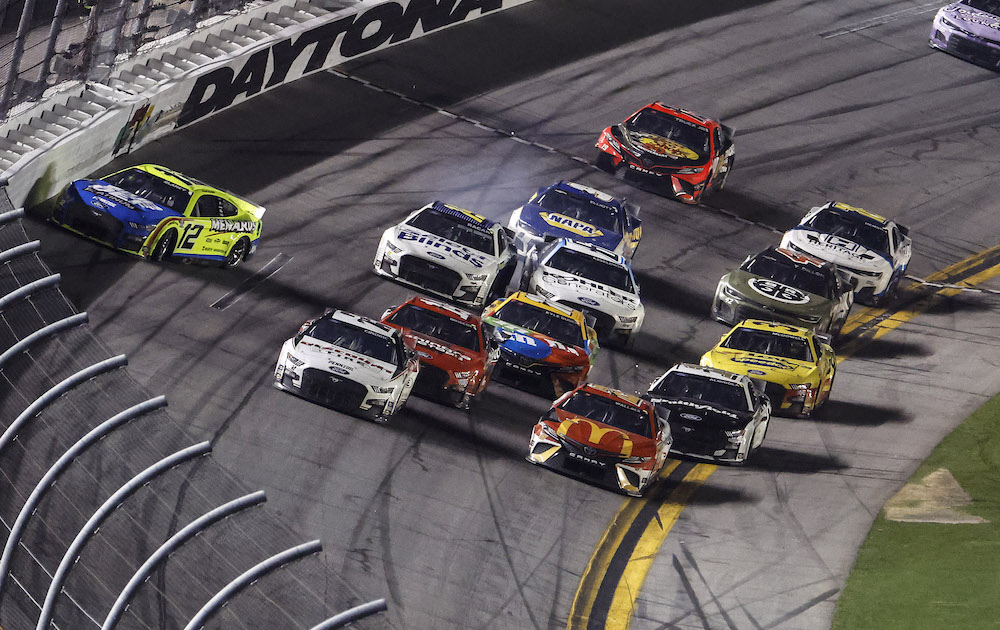 “What could have been, right?” Wallace said.

In the lead pack coming off the final set of corners, Wallace had a shot at winning the biggest race of the season. But the two Team Penske cars were fast enough to break free, and when the door did open to allow Wallace a last gasp run when Austin Cindric blocked Ryan Blaney, it wasn’t enough as Wallace came up a nose short at the checkered flag.

“Just dejected, but the thing that keeps me up is just the hard work that we put into our speedway stuff and the hard work from everybody at 23XI,” said Wallace. “Proud of them, can’t thank them enough. I knew this was a big move last year for me to go out and be competitive and we’re showing that.

“It’s always the first race of the season and you’re getting through everything, but when you come out of the gates like that, it’s empowering, it’s encouraging. So thanks to everybody back at the shop, McDonald’s, almost got them another one — back-to-back superspeedway wins. That would have been awesome, especially with it being the 500. But (came up) just short.”

Wallace lined up third for the overtime restart behind Ryan Blaney. Once green, leader Austin Cindric moved to the bottom in front of Blaney, and Wallace stuck to the bottom through the final two laps. He also gave Blaney a shot in the bumper on the last lap down the backstretch that propelled Blaney into the rear of Cindric, which helped shove Cindric clear into the lead.

Off Turn 4, Wallace gave another shove to Blaney that gave Blaney enough momentum to make a run to the outside while Wallace kept charging on the bottom. Cindric’s margin of victory over Wallace was 0.03s.

Wallace stayed in contention with a car that was damaged. The right-front fender was gone, and the tow was knocked out, which was the most worrisome for Wallace.

“Bootie came over (the radio) and just wanted me to confirm that everything was OK and that it wasn’t going to rub with the tow knocked out,” said Wallace. “I was like, ‘OK, here we go, we have to go get it. ‘I had a lot of confidence those last 10 laps. I thought we had it in the bag when we were like sixth-to-fifth. I thought it was our night, but maybe I jumped the gun too much.

“I’m just proud of everyone at 23XI Racing to just continue to work hard, continue to impress, and show up ready to battle. Our speedway stuff has been so strong for years. It’s fun to be a part of. We will go on to California. It was just a good week here. … It’s special when you have the right people around you to help you succeed. It’s nights like this that you appreciate. We will go on and punch a pillow or something — hug my dog when I get back to the bus — but we will be ready for California.”

Wallace led 12 laps Sunday, and it was the second time in five Daytona 500 starts that he’s been the runner-up.

“I’m going to be pissed off about this one for a while,” Wallace said. “I was happy on the first second place we got a couple of years ago. This one sucks when you’re that close, but all-in-all, happy for our team, happy for our partners and on to California.”