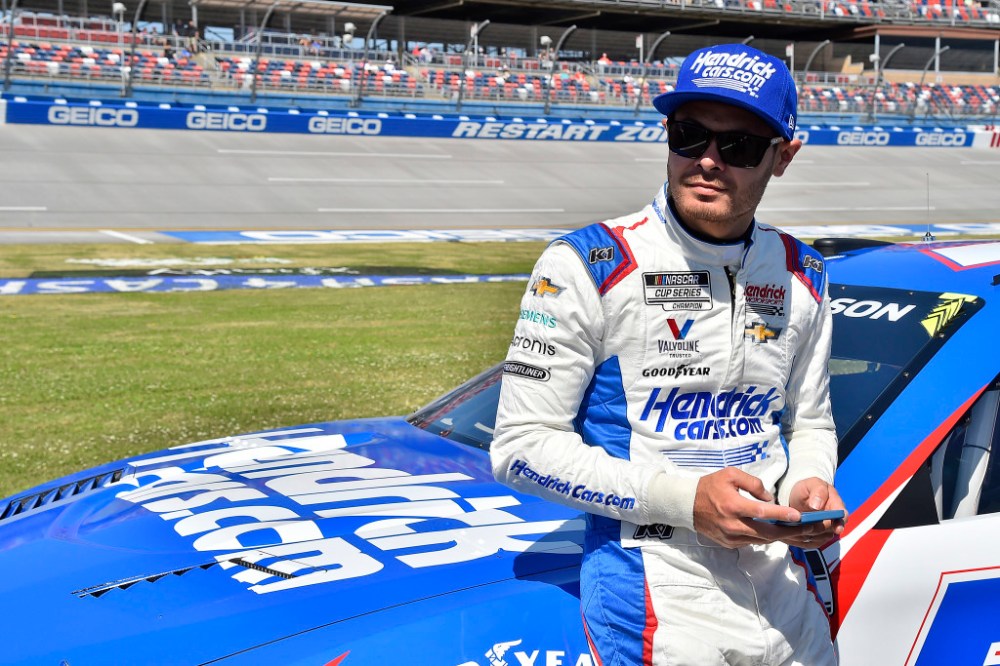 In 2021, Kyle Larson won on intermediates, short tracks and road courses. Intermediates were where Larson separated himself from the competition, winning five races on tracks 1.333 miles or larger. He did not win on a superspeedway, nor has he ever in his Cup Series career.

For a driver as diverse and talented as Larson, they remain the last pieces of the puzzle to figure out. Even Larson admits superspeedway races have not been good to him.

“Yeah, they’re not,” Larson said Saturday at Talladega Superspeedway. “For whatever reason, I don’t know. We talked about that this week in our team meeting. I come here with different game plans every time and I seem to always just crash myself or be right in the middle of a crash.

“I’ve tried a bunch of different ways, and nothing’s seemed to work out to this point. I don’t know what the right way to race these things is, but there’s definitely a handful of guys who always contend up front, so they got it figured out.”

Larson has run 16 races at Daytona since his rookie season in 2014. He’s earned five top-10 finishes and failed to finish seven times in that span. Of the 2,884 laps he’s completed at Daytona, Larson’s led 18 of them.

Sixth place in the summer of 2016 is Larson’s best result at Daytona.

At Talladega, Larson has 14 starts with two top-10 finishes and has failed to finish five times. Of the 2,590 laps Larson has completed at Talladega, he’s led just 13 of them.

Sixth place in the fall of 2016 is Larson’s best result at Talladega.

“It does get frustrating because when you put the effort in, you want to see results,” Larson said. “And maybe I have gotten better at these places but just circumstance of getting lucky and missing wrecks and stuff I haven’t done a good enough job . But it’s just a totally different style of racing and one I guess I’m not comfortable with.”

Different strategies, wrecking himself, being caught in a wreck — nothing has helped Larson; not even watching a ton of tape on superspeedway races to figure it out.

“I did before Daytona especially,” Larson said of his film study. “I haven’t watched any this week because, to me, it’s like whatever. I don’t know.”

Larson then shrugged with a smile.